While the list of foods to avoid during pregnancy is quite long, spicy food does not make the list. Spicy foods may cause some discomfort during pregnancy, but if you find yourself craving the heat, you are completely safe to indulge those cravings!

Up to 90 percent of women experience cravings at some point during pregnancy. While the exact cause of pregnancy cravings isn’t clear, it is likely related to the hormonal changes that occur throughout pregnancy. It is common to experience changes in taste preferences both during and after pregnancy. Spicy may be your new flavor preference or the last thing you want.

There are plenty of myths online about the cause of craving spicy foods during pregnancy. Some believe that craving spice indicates you are having a boy, while others speculate that cravings are a sign of nutritional deficiencies. Another common thought is that eating spicy foods helps induce labor naturally. While there is no scientific evidence to back this up, many women claim that it has worked for them. A 2011 survey reported that 20 percent of women claimed that they attempted to induce labor by eating spicy foods and it worked for them. However, none of these notions are backed by scientific research.

Spicy Food is Safe but May Have Side Effects

Eating spicy foods during pregnancy is generally safe for both you and your baby. However, while there are no threats to you or your baby, spicy foods may cause some uncomfortable side effects for pregnant women, including heartburn and indigestion. Both issues are common in pregnant women regardless of what they eat, but spicy foods may make these issues even worse.

The effects spicy foods have on your body may vary by trimester. During the first trimester, spicy foods may aggravate morning sickness. Later in pregnancy (during the second and third trimesters), spicy food is more likely to cause unpleasant side effects including heartburn, indigestion, nausea, diarrhea, gas, bloating, and gastroesophageal reflux.

Nausea is most common early in pregnancy, and is often called morning sickness, although it may last all day. Some women also experience vomiting paired with continued nausea. Spicy foods may make nausea more intense and may make vomiting more painful.

Heartburn is common during the second and third trimesters. Hormonal changes in your body relax the muscle that prevents stomach acid from leaking into the esophagus, which makes acid reflux more likely. Additionally, as your baby grows, your organs have less space and become squished together. Spicy foods, acidic foods, and high fat foods may all exacerbate heartburn throughout pregnancy.

Indigestion is also common later in pregnancy. As you get further into the pregnancy, your stomach empties more slowly. This delayed emptying, coupled with squished organs, may cause discomfort after you eat. Indigestion after consuming spicy foods is more common in women who did not consistently eat spicy foods before pregnancy.

If you find yourself craving spicy foods, but not wanting to deal with the side effects, start with small amounts of spice and avoid having spicy foods at every meal. Stay well hydrated throughout your pregnancy, especially when you are consuming spicy foods.

While there is some caution against overdoing spicy foods during pregnancy, there are benefits to including a bit of spice in your pregnancy diet.

Capsaicin, which gives peppers their spice, is anti-inflammatory, and believed to support your immune system and heart health.

Research shows that what you eat during pregnancy affects your baby’s taste preferences after birth. As early as week 15, your baby’s taste buds have fully developed. She begins swallowing amniotic fluid and tasting the foods you are eating. This leads to the notion that eating a variety of flavors, including spicy foods, will help your child be a more adventurous eater as she grows up.

While some women may be able to put hot sauce on everything, others may not be able to tolerate a drop during pregnancy. Listen to your own body throughout your pregnancy, especially when it comes to foods your body may or may not react to.

If you need help navigating how to nourish your body throughout pregnancy, we are here to help! Our team of dietitians and nutritionists will help guide you through a healthy pregnancy for both you and your baby. 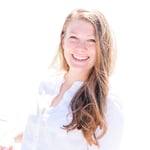 Liz has been reading nutrition labels since she learned how to read. Growing up with severe peanut and tree nut allergies she learned that it’s important to know what you are putting into your body. She made her first big lifestyle change as a freshman in high school, when she decided to become a vegetarian. However, it wasn’t until she took a food class in Italy as part of a study abroad program in college that it clicked in her mind that she wanted to make food and nutrition her career. Liz graduated from Penn State University in 2015 with a bachelor's degree in Nutrition, as well as a bachelor's degree in Marketing. She completed her dietetic internship with Aramark in Philadelphia, and her master's degree at Northeastern University shortly after. 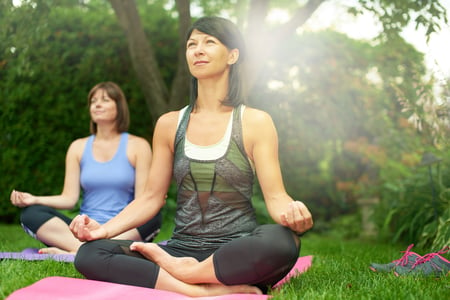 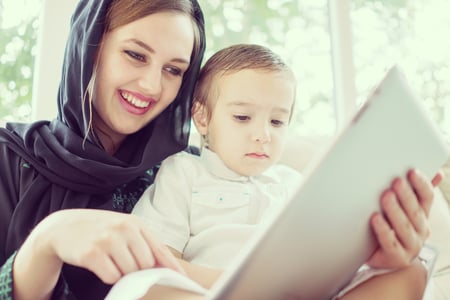